Skip to main content
299 .00
Including VAT
Add to Cart
Back to Your story

It offered all the peace of mind I needed, providing breathing and temperature alerts as well as room temperature monitoring. It really was the best product I had found on the market

My respiratory background meant that I was probably more anxious than most new parents about their baby’s well being. However, added complications when my son Barney arrived made my anxiety even worse.

As soon as Barney was born we were both hospitalised with sepsis, further adding to my parental worries, so to say the early days were difficult is an understatement.
Once we returned home, I was unable to relax, I worried constantly about Barney who at this stage was also underweight. Bedtimes were particularly difficult as I could not rest or sleep peacefully because I felt so anxious.

It was at this point that I heard about Bluebell. It offered all the peace of mind I needed, providing breathing and temperature alerts as well as room temperature monitoring. It really was the best product I had found on the market, offering all in one monitoring. The moment we set up the Bluebell I felt myself relax, I was able to get the rest I needed knowing I would be alerted if Barney had any problems.

After his first set of injections at 8 weeks, I received an alert in the night that his temperature was going up. After investigating we took Barney to A&E where he became unresponsive due to his high temperature. If it were not for the early notification of his temperature going up from our Bluebell, we would not have been able to react as quickly as we did.

Aside from the alert functionality, we found being able to record Barney’s routine and sleep tracking to share with the health visitor and sleep consultant extremely useful.

It is so flexible that we have switched off some of the features we no longer need and still use the monitor now that he is older.

Fabulous baby monitor! A must for any new parent. 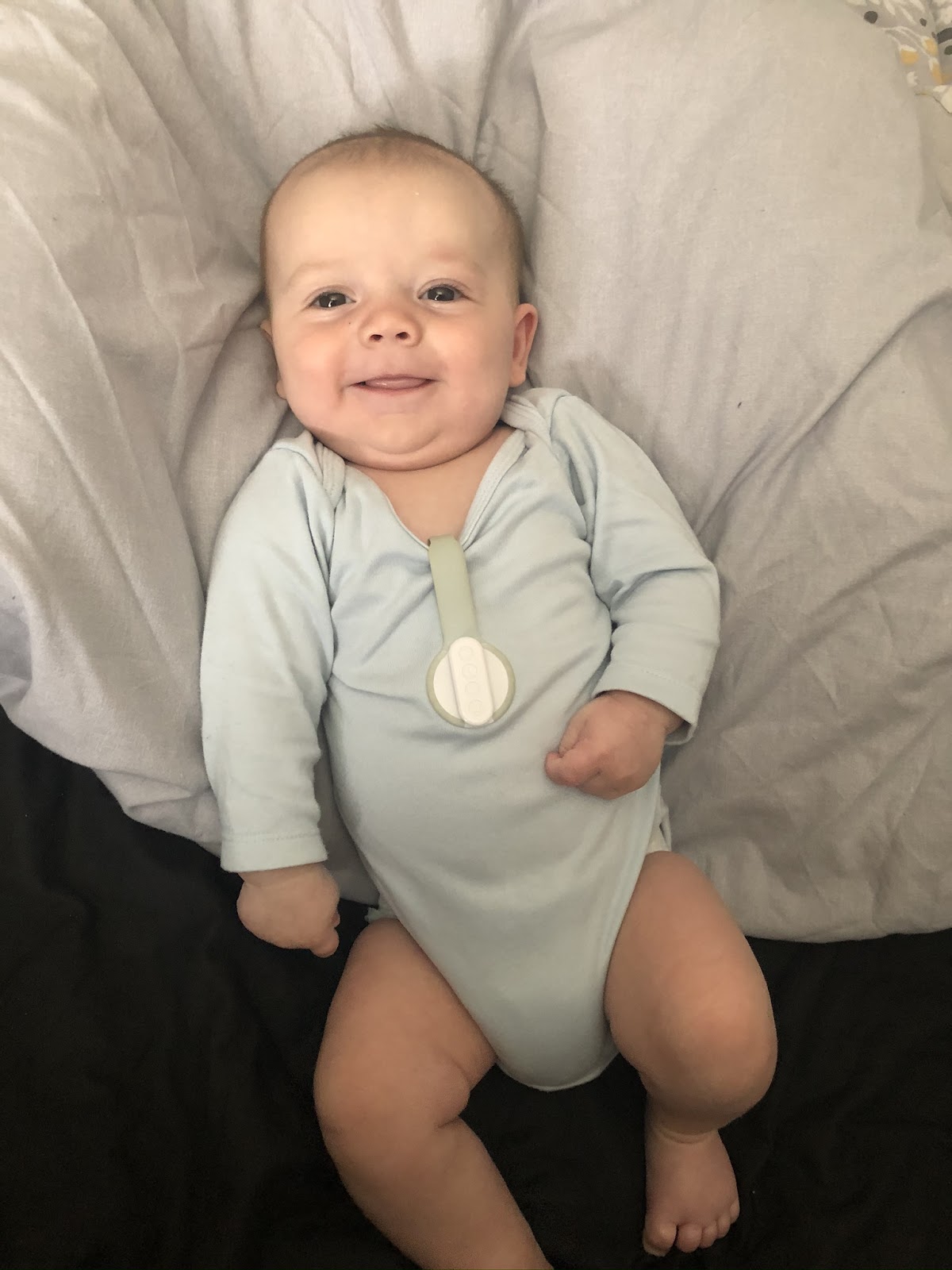